Monday night at the age of 88 Nobel laureate Toni Morrison died, her family and publisher Knopf has confirmed. Morrison, who was the first black woman in history to win the Nobel Prize for Literature, was a renowned novelist and playwright whose work discovered American identity, often through overlapping, fractured lenses of national and gender identity.

“It is with profound sadness we share that, following a short illness, our adored mother and grandmother, Toni Morrison, passed away peacefully last night surrounded by family and friends,” the Morrison family said in a statement. “She was an extremely devoted mother, grandmother, and aunt who reveled in being with her family and friends. The flawless writer who treasured the written word, whether her own, her students, or others, she read voraciously and was most at home when writing. Although her passing represents a tremendous loss, we are grateful she had a long, well lived life.” 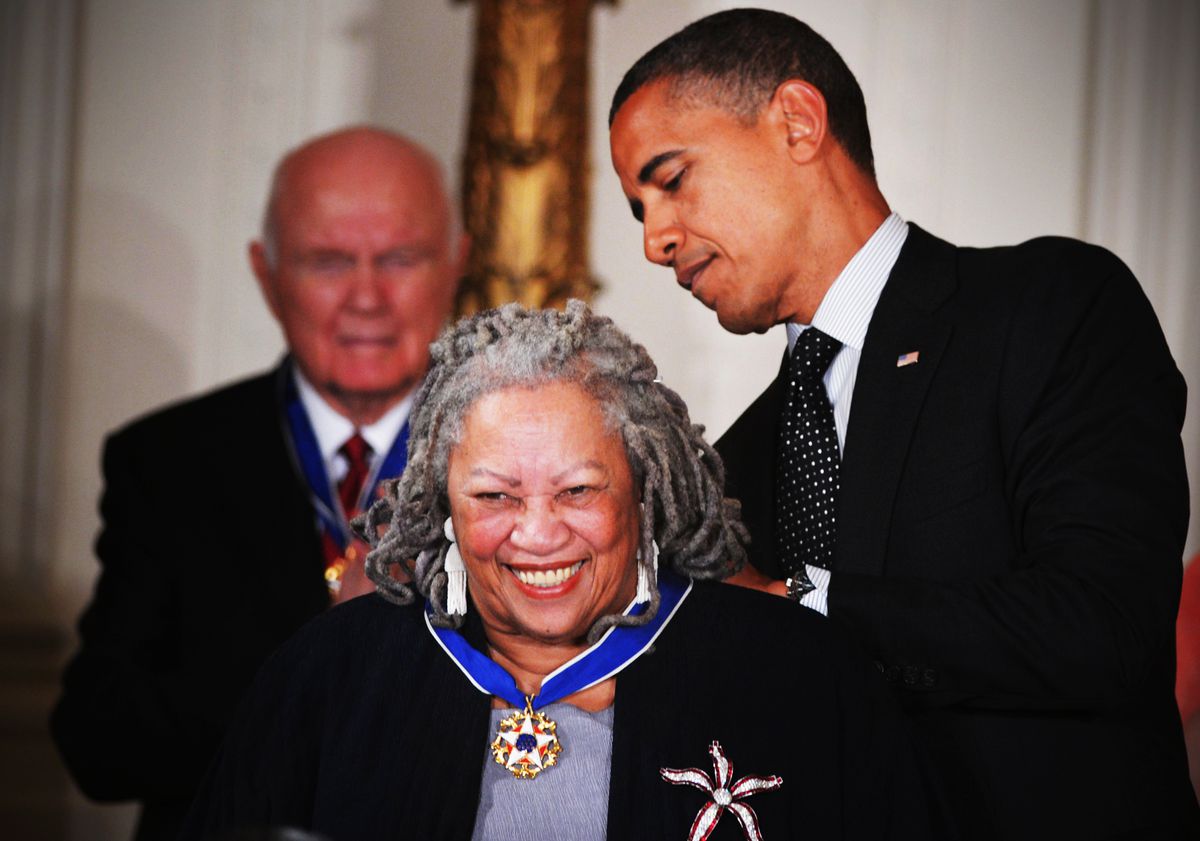 Born in Ohio in 1931, Morrison (born Chloe Anthony Wofford) grew up working-class, as the daughter of parents whose families had moved north fleeing Southern racism. She studied at Howard University and Cornell University and became a teacher and an editor for Random House after getting her master’s degree in English. As the publisher’s first black female senior editor, Morrison helped to make public the works of important black writers like Chinua Achebe and Angela Davis.

Morrison didn’t publish her own novels until she was nearly 40, however. But her first novel, The Bluest Eye (1970), has come to be considered a classic; her second, Sula (1975), was nominated for the National Book Award and brought her critical and popular applause that never faded. Beloved, the 1988 novel that viscerally depicts the psychological impact of slavery through the story of a woman who kills her child rather than force her to suffer a life of enslavement, was the exceptional national bestseller that was also greeted as a literary masterwork. When it failed to win the National Book Award, responses of prestigious black writers, including Ernest J. Gaines, Maya Angelou, and Davis, protested the glaring oversight, calling Morrison a writer of “international stature.” Her failure to receive her just due in American literary awards highlighted “the legitimate need for our own critical voice in relation to our own literature.”

“Among the fecund intimacies of our hidden past, and among the coming days of dream or nightmares that will follow from the bidden knowledge of our conscious heart, we find your life work ever building to a monument of vision and discovery and trust,” they wrote. “You have never turned away the searching eye, the listening ear attuned to horror or to histories providing for our faith.”

Beloved won the Pulitzer Prize two months later, and Morrison was awarded the Nobel for her body of work in 1993. She also taught humanities at Princeton from 1989 to 2006. President Barack Obama awarded her the Presidential Medal of Freedom in 2012. Her eleventh and final book, God Help the Child, was published in 2015. It dealt with colorism and classism and exhibited Morrison’s pledge to discovering painful, uncomfortable truths.

“Definitions belong to the definers, not the defined,” she wrote in Beloved — but she came closer than anyone else has to reflecting humanity through the lives of the defined.