Sana Mir took the 146th wicket of her ODI career.

POTCHEFSTROOM: Sana Mir took the 146th wicket of her ODI career to join Anisa Mohammed and Lisa Sthalekar on the top of the most-wickets list for spinners in women’s ODI cricket. 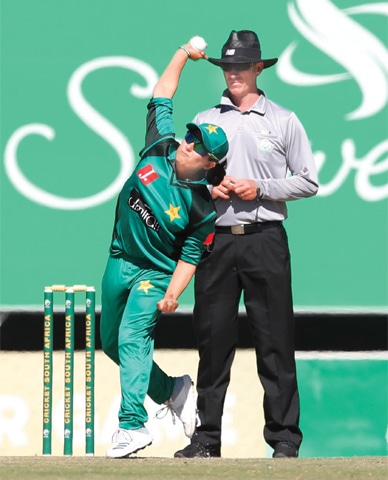 PAKISTAN’S Sana Mir captures her 146th wicket in the 117th match of her ODI career, against South Africa at Senwes Park in Potchefstroom on Thursday.

In the 23rd over before finishing with 1-35 in nine overs the off-spinner took Andrie Steyn’s wicket.

With the help of 9 fours opener Laura Wolvaardt remained unbeaten with 74 off 144 balls. With the loss of 2 wickets South Africa chased down the 148-run target in 36.4 overs.

Wolvaardt score more 51 for the continuous third-wicket partnership with captain Sune Luus (21), after Steyn’s out at the total of 97.

In five overs with 1-24 Umaima Sohail was the other wicket-taker.

Earlier, Pakistan were dismissed for 147 in 42 overs after a 50-run opening partnership between Sidra Amin (25) and Nahida Khan (37).

Nahida’s 34-ball innings involved six fours. Nida Dar (two) fell in the 25th over with the score at 99, whereas Sidra and Javeria Khan (20) took the total to 84, however, both fell at the same total. 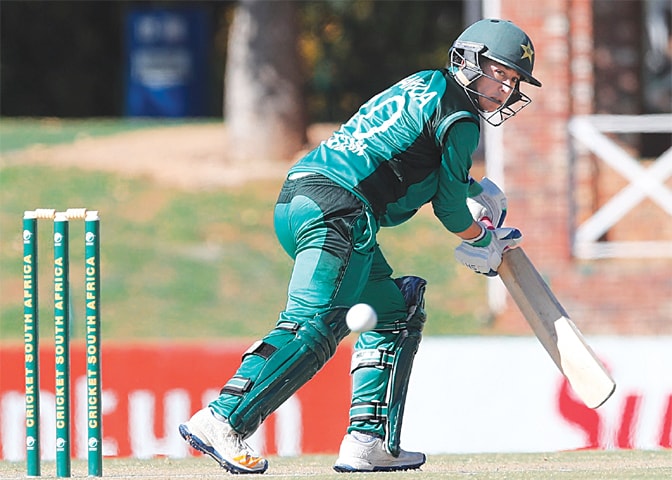 Pakistan opener Nahida Khan glides the ball during her knock of 34.

Captain Bismah Maroof (32 off 49 balls, four fours) and Aliya Riaz (17) took the score to 141, adding 42 for the fifth wicket. Bismah was dismissed by Shabnim Ismail in the 37th over.

Player-of-the-match Masabata Klaas who took a hat-trick, dismissing Aliya, Omaima Sohail (5) and Sidra Nawaz (0 off successive deliveries of the 39th over to peg Pakistan back.

Tumi Sekhukhune and Luus took two wickets each. Klaas (3-7) was the most successful South Africa bowler.

The last five wickets fell for the addition of six runs as Pakistan collapsed from 141-5 to 147 all out.

The third and final match will be played in Benoni on Sunday.