PBA’s counsel took the appeal that the system had space to supply 80 channels.

A presentation filed by the PBA against the issuance of the TV licences had also been “regretted”, Pemra informed the IHC on Wednesday.

Pemra had already issued licenses for 119 channels, while the system had space to cater for only 80 channels, Faisal Siddiqui took the plea.

Pemra issued the new licences, while the Sindh High Court had ordered Pemra to take a decision on an application filed by PBA. 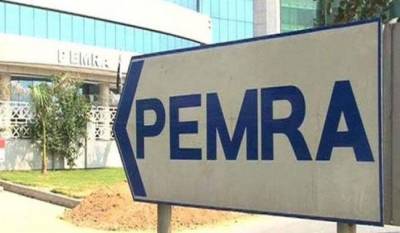 In the written report Pemra filed before the IHC on Wednesday, the authority stated that PBA had filed the petition without understanding that the process of permitting licenses was completely controlled by market forces. The report said Pemra’s consultant had suggested the establishment of 250 channels for Direct to Home (DTH) technology operations.

It said at present there were “only 123 licensed [local and foreign] TV channels in the country, leaving room for another 127 channels”. “The regulator has to weigh this fact to make the digital distribution service a success.”

According to Pemra, the effective bidders are unwilling to pay even 15 per cent earnest money to the regulator due to the court’s restrictive order.

The court adjourned the hearing to May 30 as the PBA’s counsel required time from the court to scrutinize Pemra’s response.