An immense heat wave has grasped Western European countries and affected severe heat warnings in numerous parts of Spain, where the weather circumstance is estimate to last until Sunday.

As heat wave come from Africa travels north, Spain is sweltering under smothering temperatures, which are expected to reach 45 degrees Celsius in some areas of the country.

A local resident said, ”People like to stay in the swimming pool, river or somewhere with air conditioners on. There are no other solutions. Some even go to shopping malls to stay away from the heat.”

Another inhabitant said, ‘‘the most annoying thing is not being able to rest. You can’t sleep well at nights because you’d always feel hot and wake up. It’s even more difficult for old people and those who are sick.’’

Most of the 50 provinces in Spain are now on alert, with the level in Madrid raised to orange, the second highest. Temperatures in the city are even predictable to peak over the weekend with a potential to hit 42C, which is 10 degrees above the average normal for June.

In 2003, tens of thousands of people died across Europe during a record-breaking heat wave. According to experts, the lethal effects come on suddenly and escalate quickly, but a heat wave can also claim lives days after it is over.

Julio Diaz Jimenez, a senior scientist at National School of Health, Carlos III Health Institute said, ”It has a delay of one, two or three days, meaning that if temperatures increase today, the rates of mortality will start to increase tomorrow, the day after tomorrow or three days from today. So if a heat wave lasts for three or four days, you will see an accumulated impact of the increase in mortality for three or four days after it’s gone.” 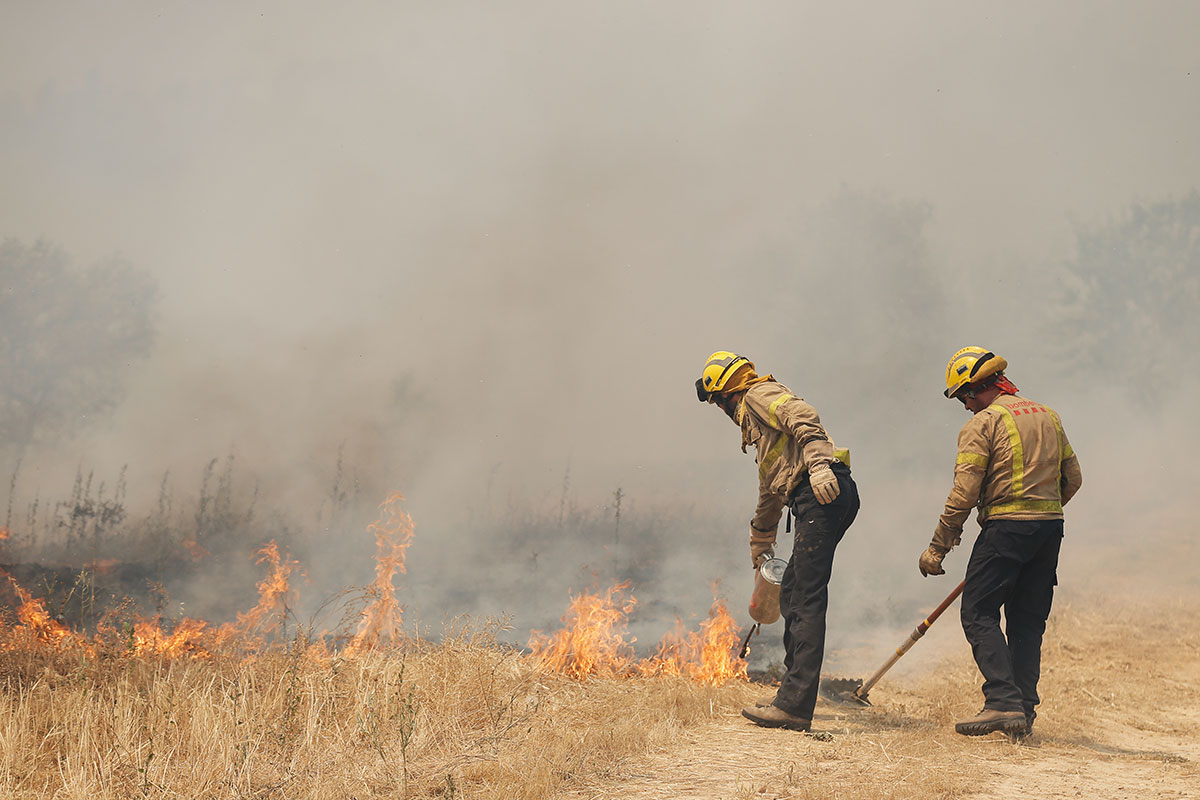 Officials believe the fire started when farm fertilize self-ignited because of the life-threatening heat. In the meantime, hundreds of firefighters are fighting a massive wildfire in Spain’s Catalonia region.