Wahid Murad who was an Actor ,producer and script writer would have turned 81 today ,Google honored him with a doodle and to blemish the chocolate hero’s birthday.

Represent him how the world recalls him, a lovey-dovey, handsome young man, the doodle of Waheed Murad has him surrounded by cute hearts. 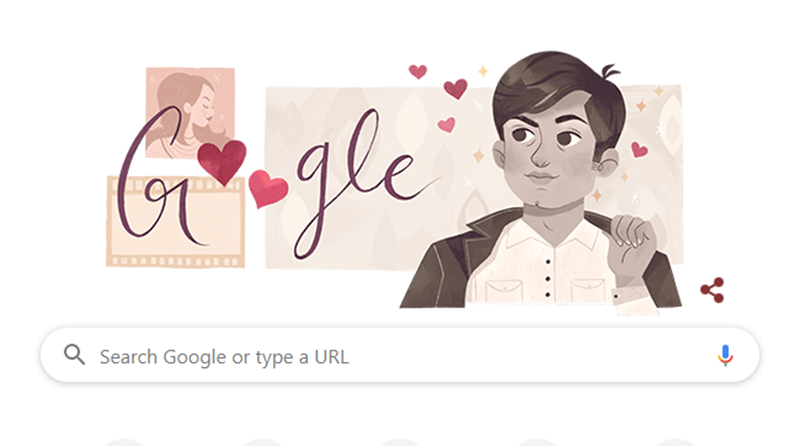 He was Born in Sialkot, Punjab, Pakistan, he graduated from the S.M. Arts College Karachi, and then earned a masters in English literature from University of Karachi. Waheed Murad started his film career by joining his father’s established ‘Film Art’ in 1961 as producer of the film “Insaan badalta hai.”

Murad produced eleven films under his father’s company Film Art. He was the youngest film producer in the industry at that time. Most of his produced films were either Golden Jubilee or Silver Jubilee.

Murad married Salma, the daughter of a Karachi-based industrialist, on 17 September 1964. They had two daughters, Aaliya and Sadia, and one son, (Adil). Sadia died in early childhood.

He appeared in 125 feature films and earned 32 film awards over the course of his career.

His film ‘Armaan’ was the first one in the country, which won the status of platinum jubilee. He died on 23 November 1983 in Karachi.

US, Pakistani officials in strained talks over Afghanistan