Over the weekend, Afton Williamson publicized that she’d leave her role on The Rookie citing of racism and sexual harassment on set. On Monday night, she exposed in an Instagram post the names of the people she said were liable.

To my Fans, my Friends, my Supporters: I want to Thank EVERY SINGLE ONE OF YOU. I am so beyond overwhelmed by the outpouring of love, kind words, scriptures, strength filled quotes and devout support that has come my way. One Instagram post is just like those 2 fish and 5 loaves of Bread. The rippling effect it has had in just a few hours shows how much this world is aching with victims of racism, discrimination, sexual harassment, sexual assault, sexual abuse all of it. I am no stranger to all of the above even before this experience. But it is through this experience and my platform that God pushed me to use the power within me. It just takes a VOICE. I never imagined so many of us have experienced these horrible circumstances and that can NO LONGER GO UNHEARD. We have a voice. ALL OF US. It is our DUTY to use it. I used to fear the word Victim. I scoffed at it because all I was told when these injustices happened to me, was to Survive. Survivor I am. Victim I am also. A victim of injustice. A victim of assault. A victim of abuse and harassment. If you have experienced any of the above, you are too and I for one stand with you and I’m no longer afraid to be vocal about it. We Can Stand Together. Let’s Change This Sickness. That Change starts with US. This season on The Rookie, I was sexually harassed by fellow actor Demetrius Grosse. I was Racially Bullied and Discriminated against and Sexually Assaulted by Hair Department Head Sally Nicole Ciganovich. Let’s BE the CHANGE we WANT to SEE❤️👊🏾🙏🏾

Williamson said the show runners unnoticed her protests of “racial discrimination/racially charged unsuitable comments” from the head of the show’s hair department, Sally Nicole Ciganovich, and sexual harassment from a recurring guest star, now recognized as Demetrius Grosse. It appears that Williamson has also revised Sunday’s Instagram post, in which she said she’d be leaving the series, to include their names.

I will not be returning for Season 2 of The Rookie. I owe it to you my amazing fans to share the Truth. Throughout the filming of the pilot, I experienced Racial Discrimination/Racially Charged inappropriate comments from the hair department and bullying from Executive Producers. During the Season, it continued along with Sexual Harassment from a recurring guest star,Demetrius Grosse,and the racist commentary & bullying from the Hair Dept.Head, Sally Ciganovich escalated into Sexual Assault at our Wrap party.The Sexual Harassment though reported directly to the Showrunner/EP remained undocumented and was not reported to HR as promised.Ciganovich was fired ONLY after the sexual assault and NOT for an entire year of outward racism/racially charged language and bullying behavior in and out of the Hair and Makeup trailer. HR protocol was never adhered to following the above reports given by me to my Showrunner/EP and an investigation was never issued for any of my claims. The only time I was asked to participate in an investigation was after a meeting I called in June following our Season 2 announcement. This meeting included the Showrunner and two other producers as well as my agent and SAG-AFTRA Union Rep. It was clear to all present in the meeting that the Showrunner had not shared my reports with the any of the producers. After my initial report of sexual harassment, I was assured that Grosse would be fired. I was also asked to film with him the very next day as a courtesy to the script, even though we had not begun filming the episode yet. Grosse reappeared on our call sheet at the end of the season, I was even written in scenes with him. I asked the Showrunner about this and he admitted to me that the Grosse had not been fired nor had he gotten HR involved. I was asked to return this season, and promised that “everything was handled.” The investigation hadn’t even begun and Season 2 had already started filming. I turned it down and I walked. Now is the best time in the world to be a woman and I have a platform so it’s time to use my Voice. Strength comes from within. It comes from Above. “Greater is He that is within Me than he that is in the world” ❤️🙏🏽

After thanking her fans, Williamson wrote Monday that,

“The rippling effect it has had in just a few hours shows how much this world is aching with victims of racism, discrimination, sexual harassment, sexual assault, sexual abuse all of it. I am no stranger to all of the above even before this experience. But it is through this experience and my platform that God pushed me to use the power within me.” 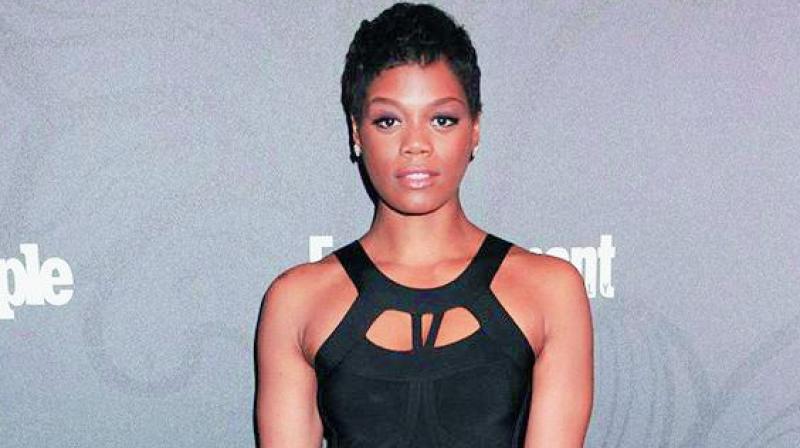 On Monday morning during the network’s Television Critics Association summer press tour, ABC president Karey Burke said that she is “waiting for the results of that investigation” to take action.

Burke said, “At that time, those answers and those conclusions will help guide us about how to handle those situations in the future, if in fact there has been some sort of communication breakdown. I don’t have any more answers than that right now”.

Huge Oregon blaze grows as wildfires burn across western US

Tesla breaks its own delivery record by building and shipping 200,000 vehicles in Q2

Starbucks to exit S.Korea venture valued at over $2 bln