Is 10 the magic number for Quentin Tarantino?

The director is in great promotion mode for his new film, “Once Upon a Time in… Hollywood” which stars Margot Robbie, Brad Pitt and Leonardo DiCaprio.

It also happens to be the 9th film directed by Tarantino (if you count the “Kill Bill” films, which had two volumes, as one) who broke into the movie industry back in 1992 with “Reservoir Dogs.” 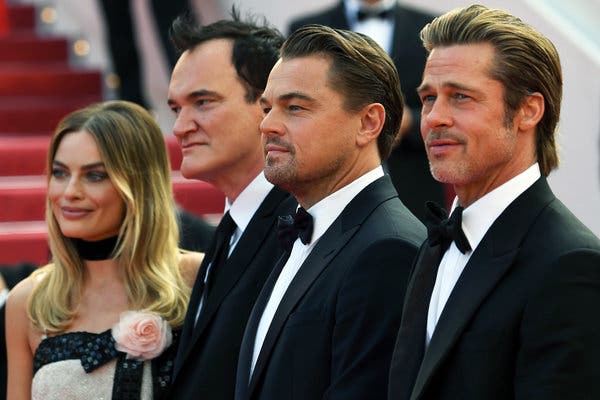 Appearing on “Jimmy Kimmel Live!” Monday, Tarantino was asked if it was true that he decides to do only one more movie.

Tarantino said he’s into the believed of 10 being the marker for the ending of his directorial career.

Tarantino said, “I kind of like the idea of making 10 motion pictures and then, boom, that’s it, that’s done”. “The filmography is locked and there you go.”

He said, not that he plans to totally go away.

“I’m not saying that I’ll just disappear like J.D. Salinger (the secluded author of ‘Catcher in the Rye’),” said Tarantino, adding that he would continue to write.

Tarantino also distinguished his recent marriage to singer/model/actress Daniella Pick and said he’d like to have a family.

Naturally, the “one more movie” thought begs the question: Will it be the next film in the “Star Trek” franchise?

Tarantino was avoided from addressing that with the arrival of Robbie on set.

Check out the trailer below: